The Android O Developer Preview was announced a couple of months ahead Google I/O on March 21. The Android O release will ultimately become Android 8.0. Notably, Google has always named its Android OS after sweet treats and in alphabetical order. So that we have Cupcake, Donut, Eclair, Froyo, Gingerbread, Honeycomb, Ice Cream Sandwich, Jelly Bean, KitKat, Lollipop, Marshmallow and Nougat. Google are looking for another sweet treat beginning with O. 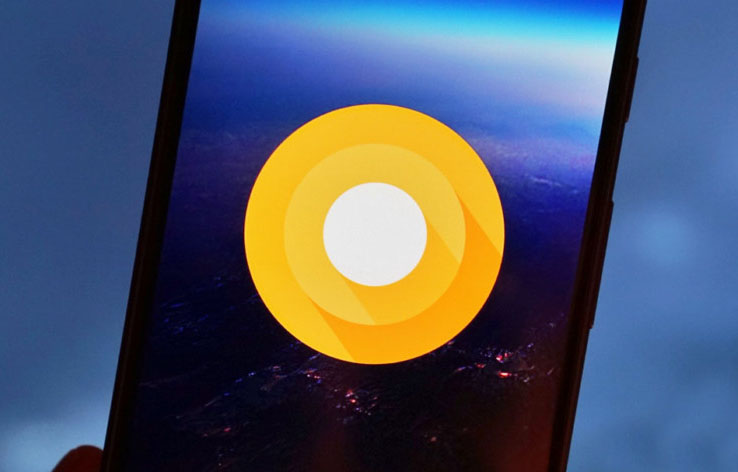 What are the new features in Android O?

Some of the new features are confirmed with the release of Android O Developer Preview. Which one would you like? 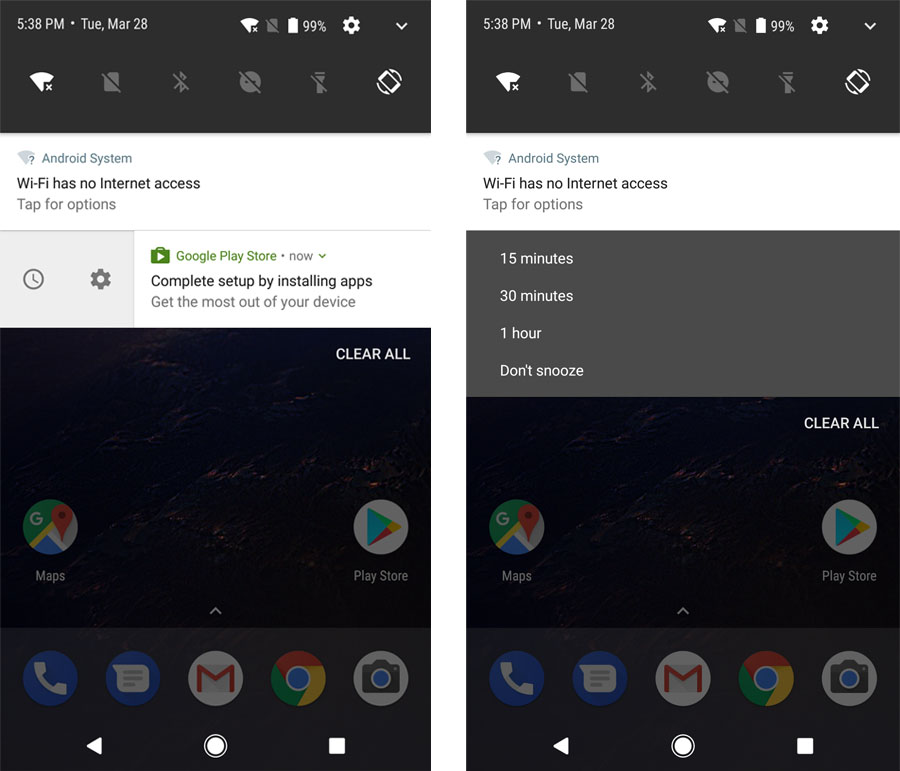 Google instroduced the ability to restrict certain app activities in the background starting with Android Nougat 7.0 in order to save power and extend battery life without install any APP to help you do this task.

Just like the Android TV, Android O will deliver full support for PiP (Picture-in-Picture) mode. When watching video on Android O, you will be able to shrink the video down into a floating window and do other things on the device at the same time. Custom controls such as pause and play will be supported and users will be able to set preferred aspect ratios. 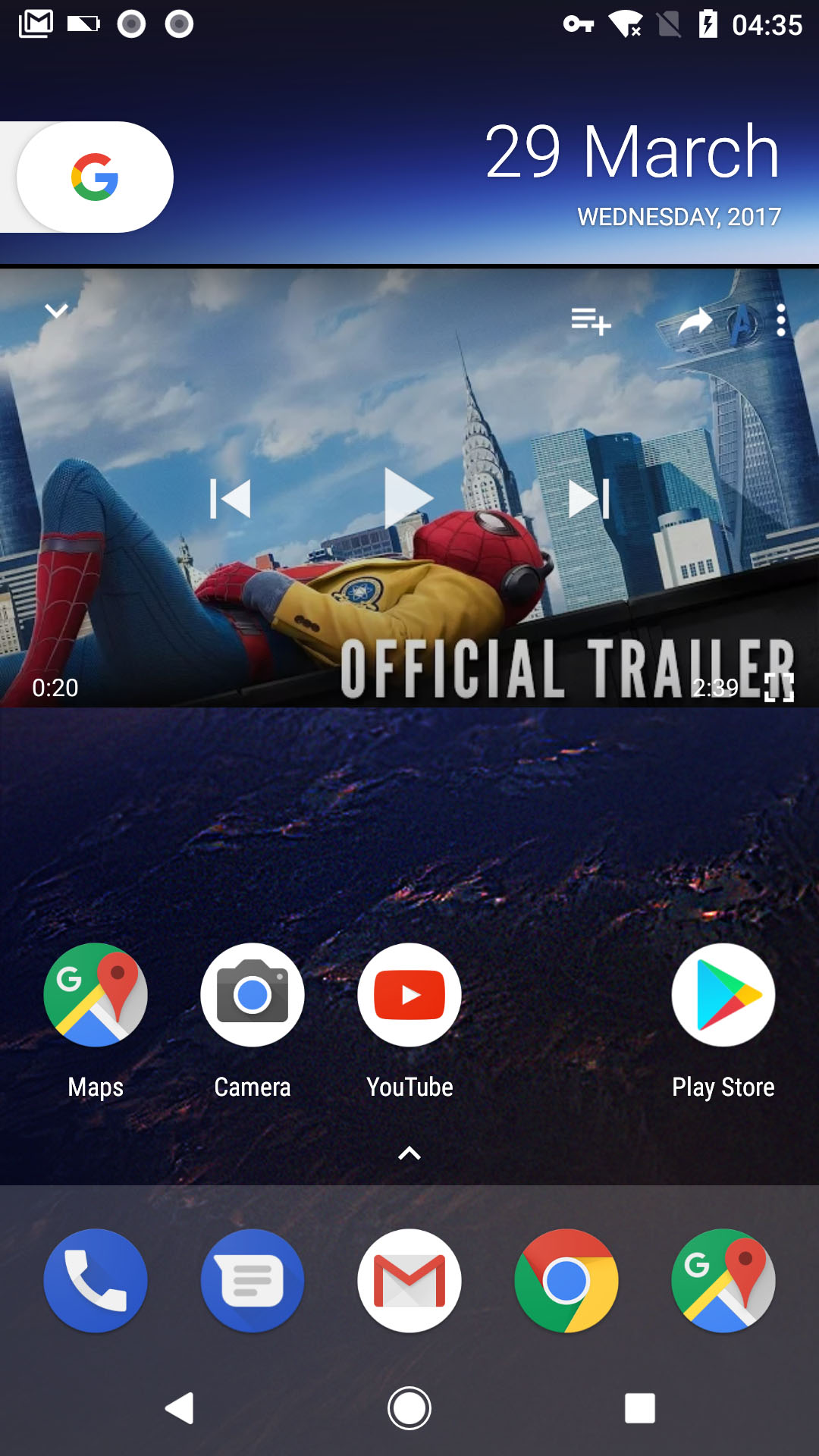 Settings Menu is not just change for change's sake. It is better than Android 7.0 Nougat which is much easy to find what you want to look for. First, the backgrounds of the tabs are a light gray in that you will have a better veiw. Android O is simply organizing each section by category, instead of listing each category with full list of settings. This will deliver a much clear, easier method for navigating.

However, there is no more slide-out navigation menu, therefore, the Settings Menu is much shorter that it was before. 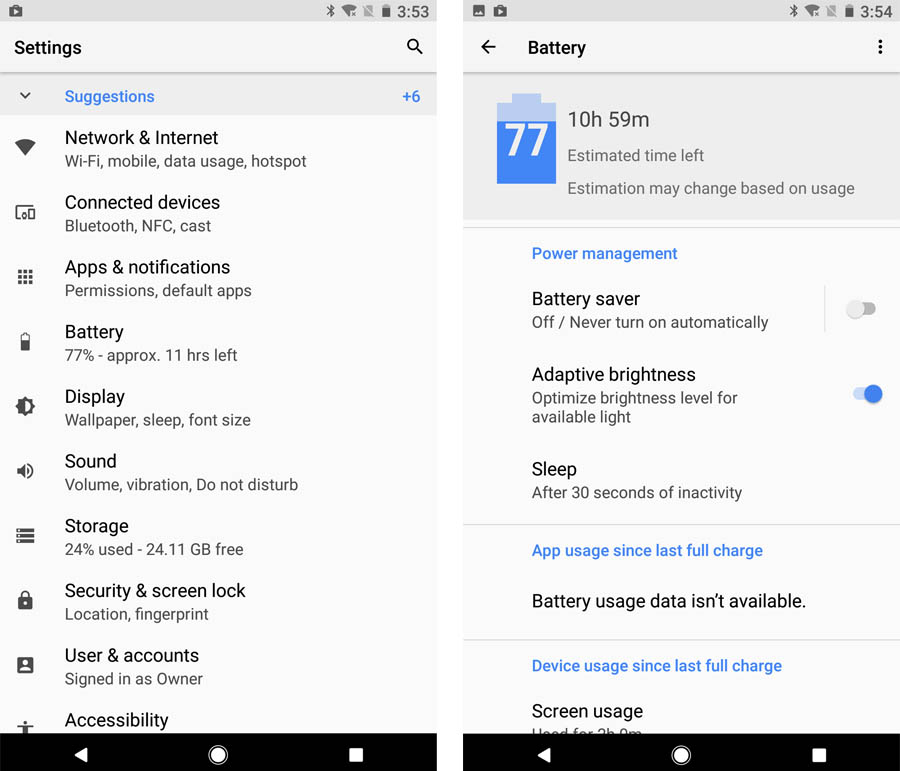 If you want to install an app from the third-party store instead of Google Play, you have to grant permission to the app you are using to download the APK. For example, if you want to download an APK with Chrome, you should first give Chrome permission to install via the "trust apps from this source" toggle. You only need to do this once per app however and you can always revoke permission at a later date. It's more convenient. 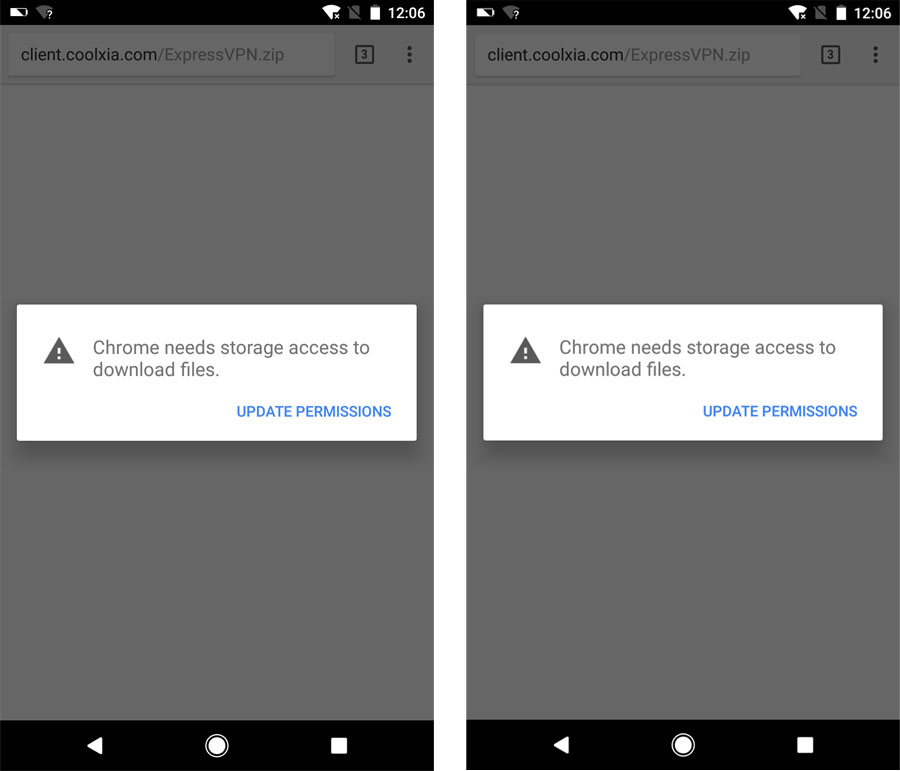 Android O supports shortcuts to let you add them to your favorite apps on the lock screen. Rather than the shortcuts in the bottom left and right corners for voice assist and the camera, you can change these to whatever you like. The list of options is absolutely huge, making us think it’s a definite Android 8.0 feature. 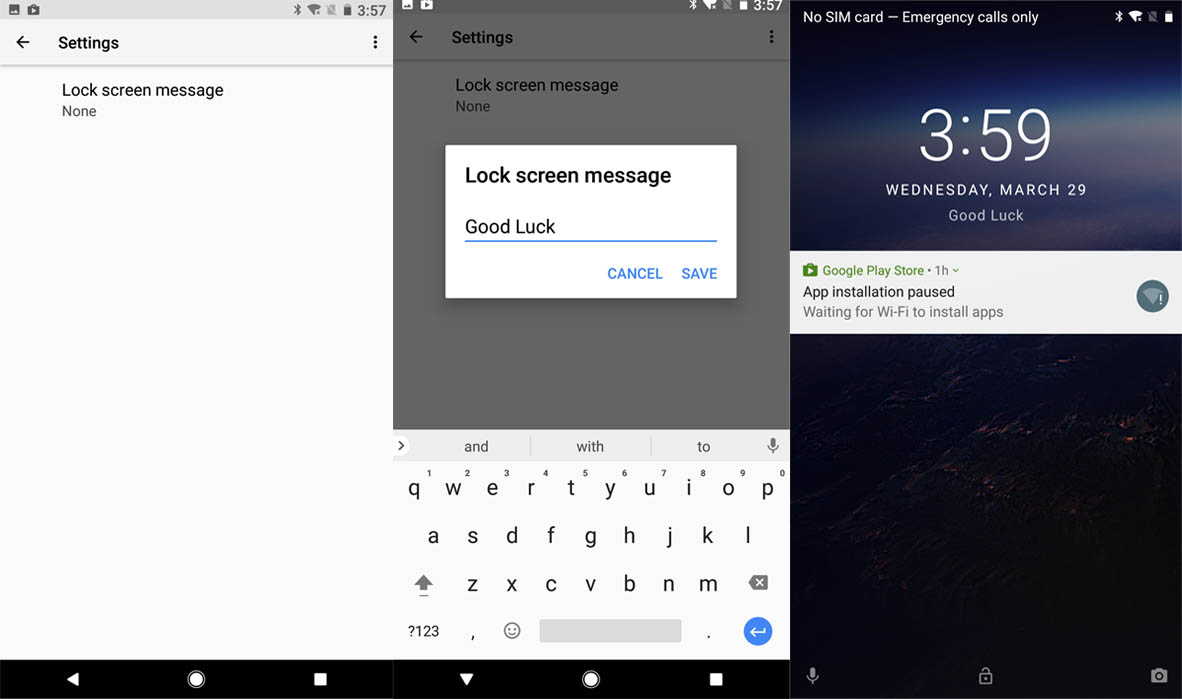 Google has added a bunch of cool options in navigation in Android O. You can choose the option of normal, compact, left-leaning or right-leaning. These will be system settings, not app shortcuts. For example, you can add a button to switch keyboards faster.

Hardware keyboards are becoming a bigger thing in Android as Chromebooks now have access to all Google Play apps. Google is attempting to introduce more predictable standards for what the tab and arrow keys do when a physical keyboard is used to navigate Android. 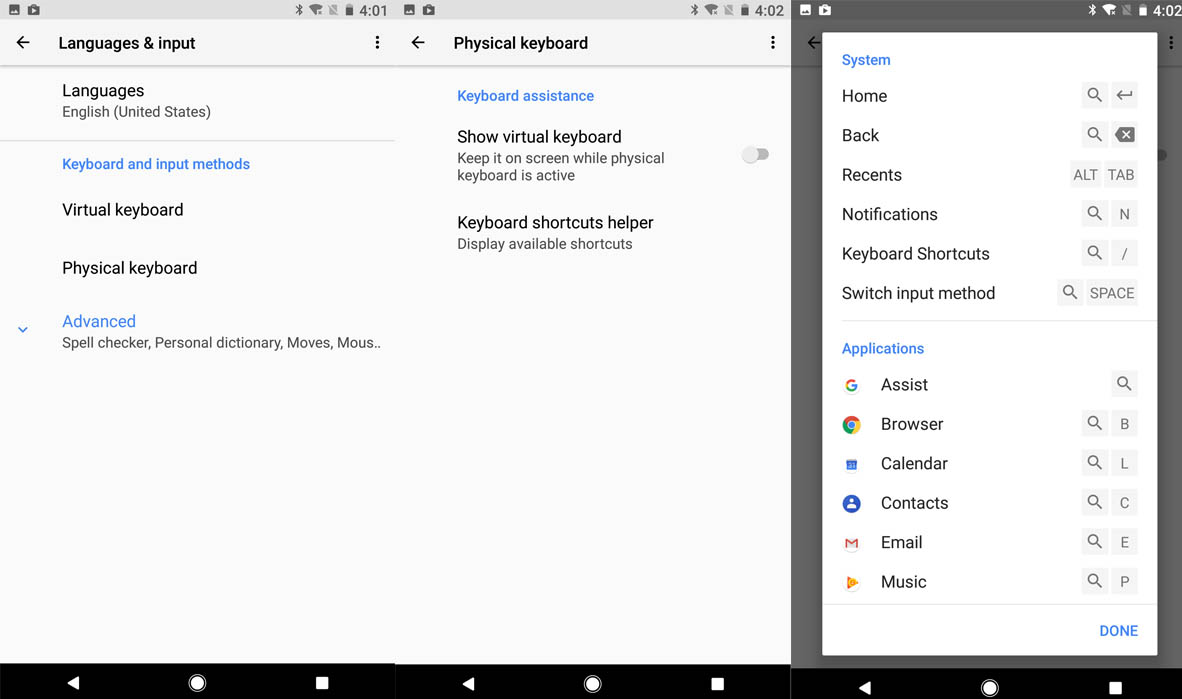 Adaptive icons may be loved by many Android users that you can tidy up the hot mess of inconsistent app icons. Google basically provide you with multiple shape templates for each icon that adapt to the device they appear on. So if the default app icon shape for your phone is a rounded square then that’s what you’ll see across the board. After that, you can custom your own icons and get a better view. 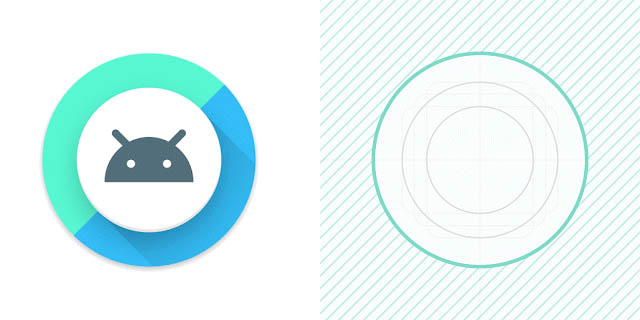 Platform support for autofill means better security and a powerful way for an application to store repetitive information.

The Autofill APIs introduced with Android O simply try to help apps manage passwords and form data better than in previous versions of Android. Google said in its blog:"Users can select an autofill app, similar to the way they select a keyboard app. The autofill app stores and secures user data, such as addresses, usernames, and even passwords." An app could also be built that acts as a global storage for autofill data without being associated with any one particular program.